will show you how to act like a real German. 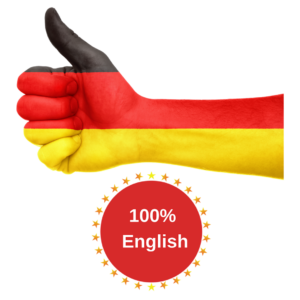 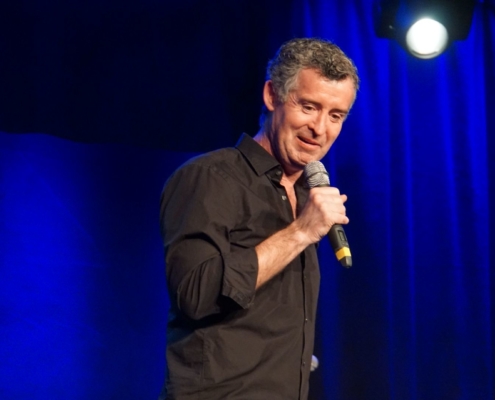 Mel Kelly will show you how Germans go about their daily lives on the train, at work, and doctor’s visits.
The Germans are famous for their sausage, their beer and their cars. Other stereotypes also include punctuality, (too much) honesty and much more. These will all be covered, and indeed, some less well-known (darker) German secrets will be revealed!
Mel Kelly came from Ireland to Munich in 2003. In just over 15 years, he became a full German citizen. Mel will show you how to do the same in a mere 61.2 minutes.

Mel Kelly moved from Ireland to Munich to work as an IT consultant in 2003 and discovered his passion for comedy in the hotbed of international comedy, Germany!
He is the founder of three comedy clubs in Munich, a best-selling author and an award-winning speaker.

Come along, be entertained and have a laugh.

Find out how to become German in the shortest, and funniest, way possible.

– Free Seating – come early to get the best seats
– This show is not suitable for children under 16 years old.
– Not wheelchair accessible

What his Guests say

?Mel Kelly has spent years studying the difference between Guinness and German beer and the?cultures that produced them. Mel?s style is wry, conversational and rarely sober.

You will get to know and love the Germans, the Irish and even one of Ireland?s most irrepressible, irreverent and irresistible exports, Mel Kelly?.

Mel Kelly recounts the struggles and adventures he encountered when he moved from Dublin to Munich. The social, cultural and linguistic differences between the two countries are laid bare, with Kelly frequently caught dangling somewhere between the two. Fortunately for him, German beer is just as good as Guinness.

Every expat in the world will be able to identify with the humorous situations in which Kelly has found himself, regardless of their countries of origin or destination. Indeed, anyone who has vacationed in a foreign country will recognize many of these situations as well.

?Mel hits the nail right on it?s comedy head when it comes to comparing the Irish and German way of life. Concise and very comically amusing.?